The Spirit of the Matter

Mysore style yoga and the metaphysics of Yoga Taravali 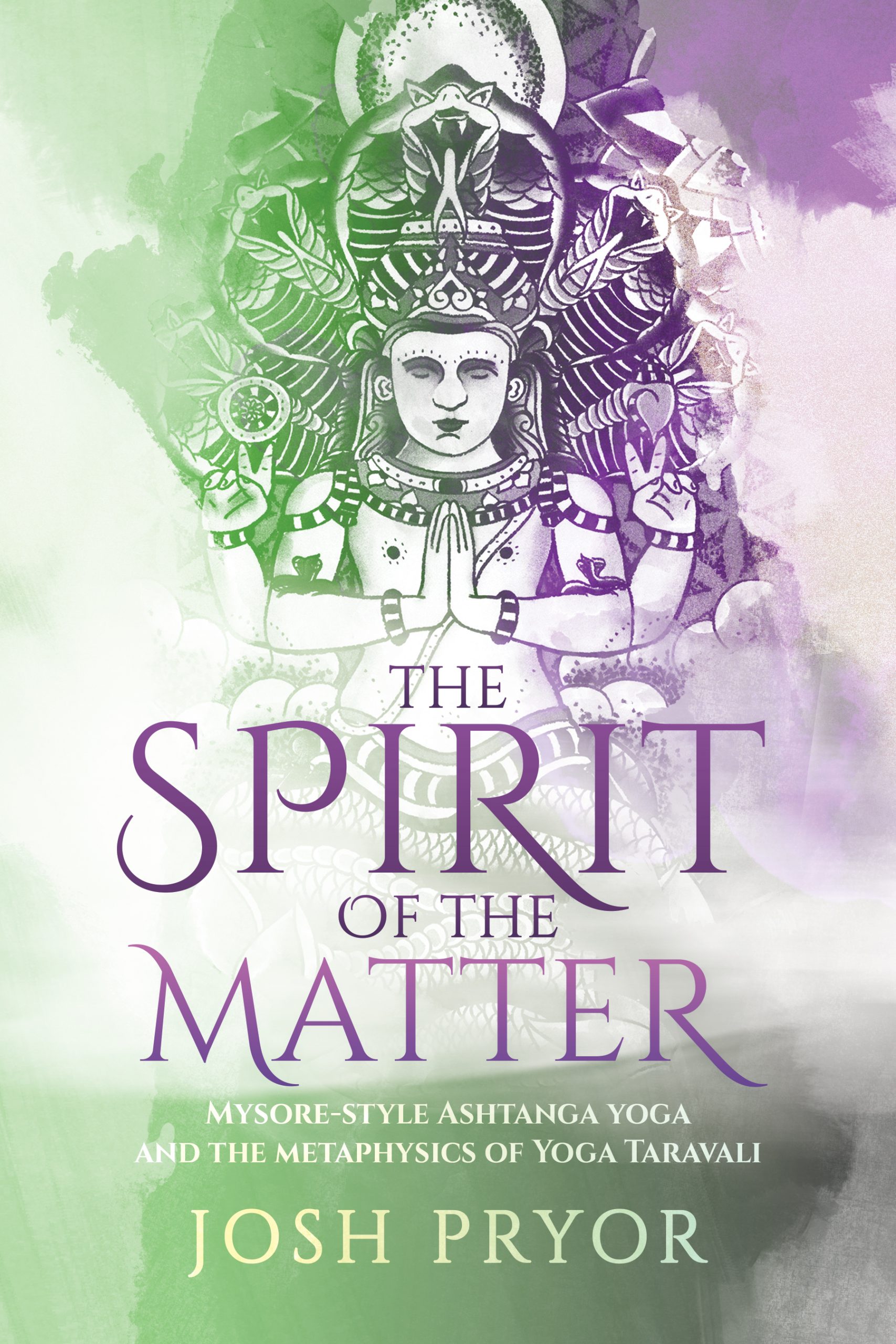 Interoception: Why we should all be working on it

History of Yoga in the City of Mysore

Receive an email when we publish an article

Mysore Style Yoga Practitioner, Lifelong Student & Author of The Spirit of the Matter

Josh Pryor exudes a rare passion, as both a teacher and student of yoga. His dedication to the practice extends far beyond the mat, to the thriving community he supports whilst pursuing his studies of the ancient texts.

Josh has held a fascination for metaphysics and philosophy since a young age and returned to his philosophical roots after a steadfast career in computer science. His approach is light-hearted and undeniably enthusiastic, encouraging practitioners to reimagine limitations of the physical body, translating into clearer perceptions and altered states of awareness.

Having practiced yoga as a child, it didn’t take long to deepen his practice to a point that he could begin sharing his knowledge with others. In 2012, he studied with Sharath Jois in India and began teaching classes, eventually resigning from his corporate career in 2014. He expanded his teaching schedule, leading Western style led classes at gyms and yoga studios and quickly became popular with students for his down-to-earth approach.

Armed with a studious nature, he continued to deepen his knowledge and practice with Gregor Maehle and Monica Gauci in 2016 and Srivatsa Ramaswami in 2017. This education informs the operations of Earthie Yoga (located in Mayfield, NSW) and Ashtanga Yoga Newcastle.

Josh has studied and practiced alongside experienced Western yoga teachers and eccentric mystics he met in ashrams, to realise his vision for yoga to be remembered as a path to self-realisation. His fervour for the ancient wisdom buried within the Yoga Taravali, Upanishads and many other yogic texts brings them to life in a modern context.

The Spirit of the Matter, Josh’s debut book, is an example of his devotion to the practice of yoga and clearly demonstrates the potential of reconciling pragmatism with asana and meditation to ensure the tangible benefits of yoga are felt in our everyday lives.

You can speed up your development if you want to.

Stoked that people take the time to send such nice

December yoga retreat! From Friday the 3rd to Sund

Pretty excited about this tonight ☺️ We are wa

How about a yoga retreat!! That sounds like a nice

What obscures your enjoyment? The opening lines o

Come out of the anaesthetic A Self-created veil

Mysore style in a snapshot! The most adaptive, hea

In 2015 I read a book on Samadhi by Gregor Maehle.

My book is a Trojan horse. Ostensibly it's about M

My book is now available! This is the culmination

Want to spend a weekend in an old mansion 800m fro

Only once this year! A retreat in Katoomba on the

Exactly one week from more we'll be setting up for